These days have been fuller than I could have anticipated.  All in the best ways of course.

Work:  We’ve only had 9 days of school so far.  Since starting September 8th.  So.  Work hasn’t really been full of that much work.  But I have had full days of therapy now.  And two IEP meetings already.

{The view from my office door- of the doors that always bang as children run to the bathroom daily and I yell “WALK!” after them.}

{Just a fun start of the year bulletin board.  Can you guess which hand is mine?}

But mostly- work has been full of Spanish.  With kiddos from kindergarten through 2nd grade- many of them speak Spanish better than English.  And since my goal is to teach them LANGUAGE (not English.  I’m not an ESL teacher.) I teach in the language they are strongest in.  Which means, I spend a large portion of my day plowing through Spanish verbs.  Also. I had to translate for an hour and a half during parent curriculum night.  Now, talking to kids about what they did this weekend is very different than talking to parents about ELA and Math curriculum. (aka: AHHH Vocabulary words I don’t know!)  Not to mention, following the teacher’s opening soliloquy and her follow up question, “Now who understood that?” it was discovered that in the room of 20 parents – about 2/3 spoke Chinese, 1/3 spoke Spanish, 1 spoke Arabic, and 3 (total) spoke English.  The school wasn’t able to get a Chinese translator for us but the one bilingual Chinese-English parent helped out nicely.  Side note: not a lot gets covered in an hour and a half presentation when you have to take the time for translation to Spanish and Chinese.  Annnnd… half way through my tongue collapsed from all its foreign language use and disconnected from my brain.  I accidentally called the teacher a man.  The parents snickered.  I pulled it together and corrected myself.  At the end I decided that I must be able to speak Spanish after all.  Which is a fantastic thing to discover as I’ve been ‘learning’ it for… 12 years.  That said.  These days my brain is doing a lot of code switching and I find myself surprised at times by the language that comes out- especially when speaking to strangers, children, and stray animals.

Not Work:  When I’m not at work (which is has been statistically more common than not this month) I have been having some unexpected adventures.

1. I went to the beach for a sunrise baptism.  It’s pretty pathetic that I live on an island and it was my first time going to our beach all year.. To state the obvious- it made me happy. 🙂 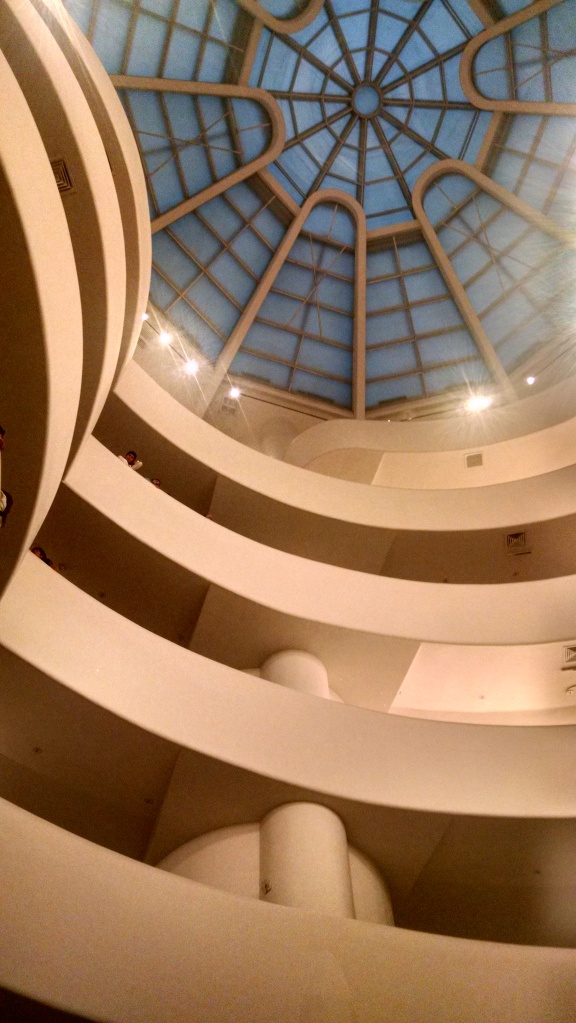 3. A naturalization ceremony and PARTY!

This week my roomie invited me to watch her get sworn in as an American citizen.  Since I didn’t have to work (we were off for a Muslim holiday), I was excited to join her.  Upon arrival we forfeited our phones and cameras.. waited in lines.. and were separated from our friends – left to imagine what a naturalization ceremony is like by piecing together blurred images from a silent TV monitor in a large waiting room.  Thankfully, after the 4 hour ceremony was almost over, someone turned up the volume on the TV screen and we got to hear the actual taking of the oath, their first address as citizens, and cheer right along with them.  Oh what fun to become an American!  (Especially after 15 years of waiting and test taking that many of them had endured.)  Needless to say- Karen was very happy and Erleen and I hosted a party with some of our friends from church to celebrate! 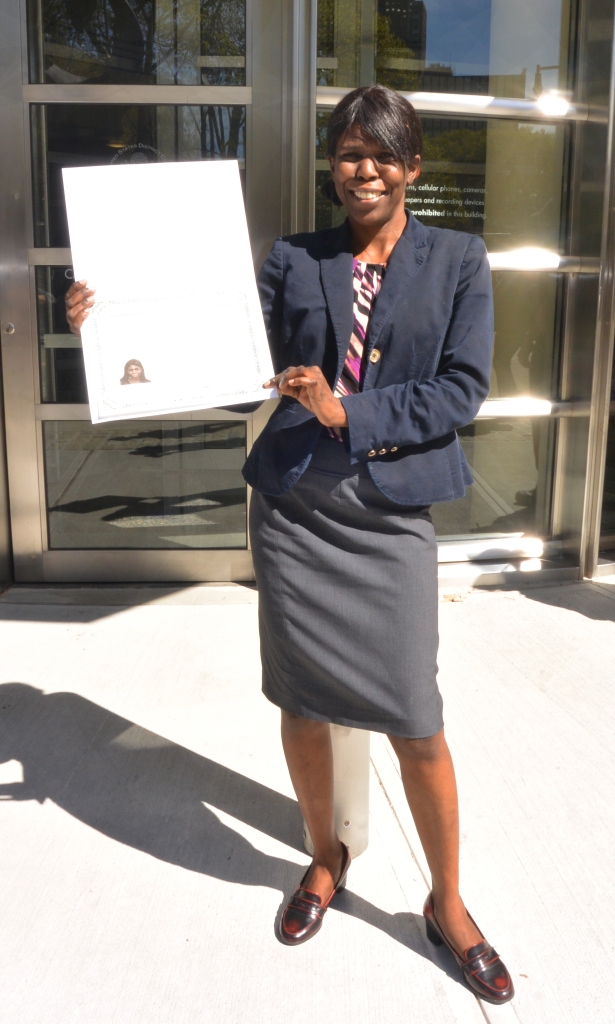 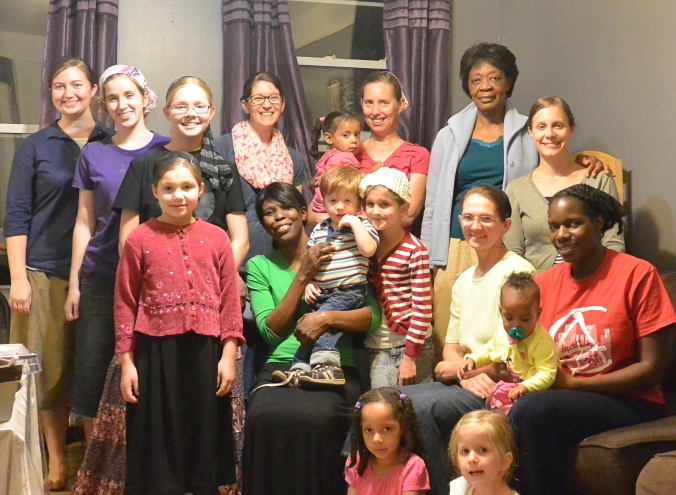 To end… a reminder… that the sunsets in Brooklyn are even nice sometimes!