When I first arrived, I walked slowly, looking up.  Eyes darting.  I soaked it in.  And began to feel the magic.  Began to connect my visuals to the things I’ve only heard of and tried to slow my brain down, tried to picture a scenario where this was all normal.

And before it know it, it was.  New York sucked me in.  I walked faster, talked faster, looked down instead of up.  My routine pushed me past the tourists and musicians on the street and there was a moment of time when it all froze, in perfect harmony, and my purpose aligned with this New Yorkness.  And suddenly, New York became me, and I it.  My vocabulary changed. Life expectations, favorite past times.  They all changed.  And I was eternally effected.  And in love.  I signed at the skyline, a wisp of a smile as I realized I recognized it as home. And I felt the pull… as tiny ants march in a row.. and I cued up.. to join the march of the New Yorker.  Savoring each moment, each pizza and bagel. Each walk through the village and night on the town.  Each cell screaming- in all the crazy world- in all the crazy places- can it be?!? It’s the greatest city in the world- and yet- somehow I fit. 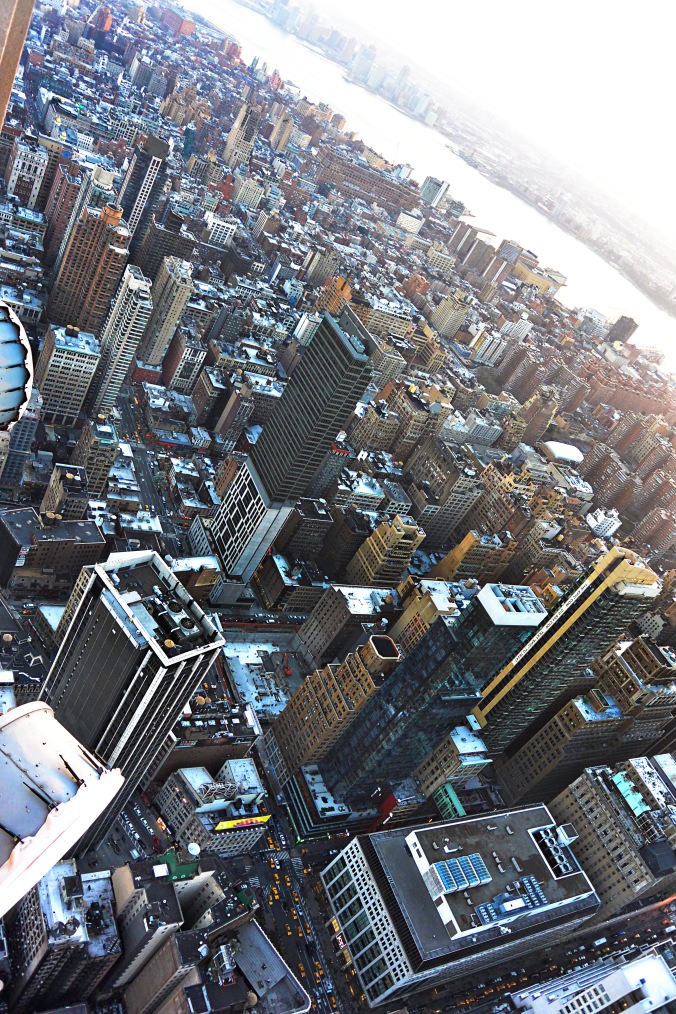 And then time passed again.  Winter came to the city.  My routine changed.  and I felt New York sucking me under.  The commute changed from naps and entertainment to the dull ache of wasted minutes in time.  And strangers, once so beautiful, now carried with them odors  and personalities that rammed into my personal space.  And I realized that there was very little romantic about getting screamed at by strangers or having peoples’ bodies and belongings pressing my skin as I balanced on a moving train.  And I wondered if I could ever love New York again the way I once did.

But now.  It’s spring.  And I feel that Manhattan energy steeping out to my borough, pulling me in.  Calling me to match the stride.  And suddenly there’s hope again.  I do love New York!  Even with all it’s energy extremes.  And I will not let winter subway commutes take that from me.

Because no matter what, New York will always be where I first became me.

One thought on “New York. I love you. And I hate you.”